Propeller was originally a one-off group show in 1996 organized by artists: Dale Thompson, Astrid Ho, Maya Kulenovic, Mashid Farhoudi, Mija Kim, Ki Kim, Mei Lee Fong and myself, (we were all students at OCA). After a successful opening some of us were brainstorming how to keep it going, so we came up with a plan to invite more artists and keep the space at 96 Spadina #303. Propeller came out of the need for artists to be able to gain exposure affordably in what at the time, was one of the busier arts neighbourhoods (King and Spadina). It was an exciting and energized time where DIY was the only way to get visibility.

There wasn’t really any place for young artists to show in 1996.  We were still at OCA at the time and a few of us banded together to do a show at 96 Spadina Ave. in the Darling building.  The show was so successful, with people spilling out of the space that we decided that there was a real need and we formed a collective. We pooled together in a common cause and applied for non-profit status.  Whoever had $500 and a passion for the arts was in!  Remember that $500 a year was a lot of money at that time – it got members a 2-week show.  Most of us were struggling and to come up with that money was a real commitment.  The Darling building was very artist-friendly, with the super Rameesh, helping us with lighting and fixing the space at #303.  It’s amazing that Propeller is still going!  I feel happy that something that I helped spark is still going and is in the hands of great people.

​That’s it in a nutshell.

I was the second wave of Propeller members as we all went to school together at OCAD. My partner Gillian Iles was in the first wave and helped start the collective. It was a great place to show for an emerging artist and we did not have many other options. We were in 96 Spadina and I was with the collective until a year or two after we moved the space to Queen Street West. I made some lifelong friends and worked with people who inspired me during my time with Propeller. I am glad it is still going strong after 25 years

It meant a great deal for me being part of the foundation of Propeller, and I’m very happy to learn that the gallery is still going on and well.

Propeller has compiled an Archive of Exhibitions. Here’s what we have so far for the Spadina Avenue years. 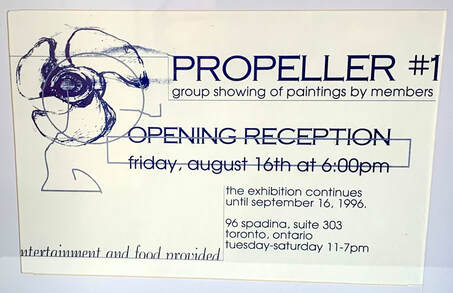 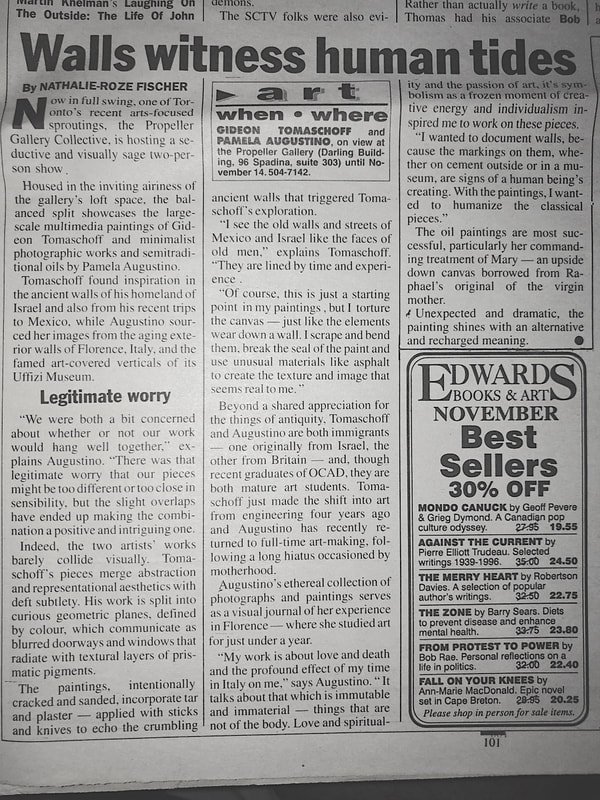 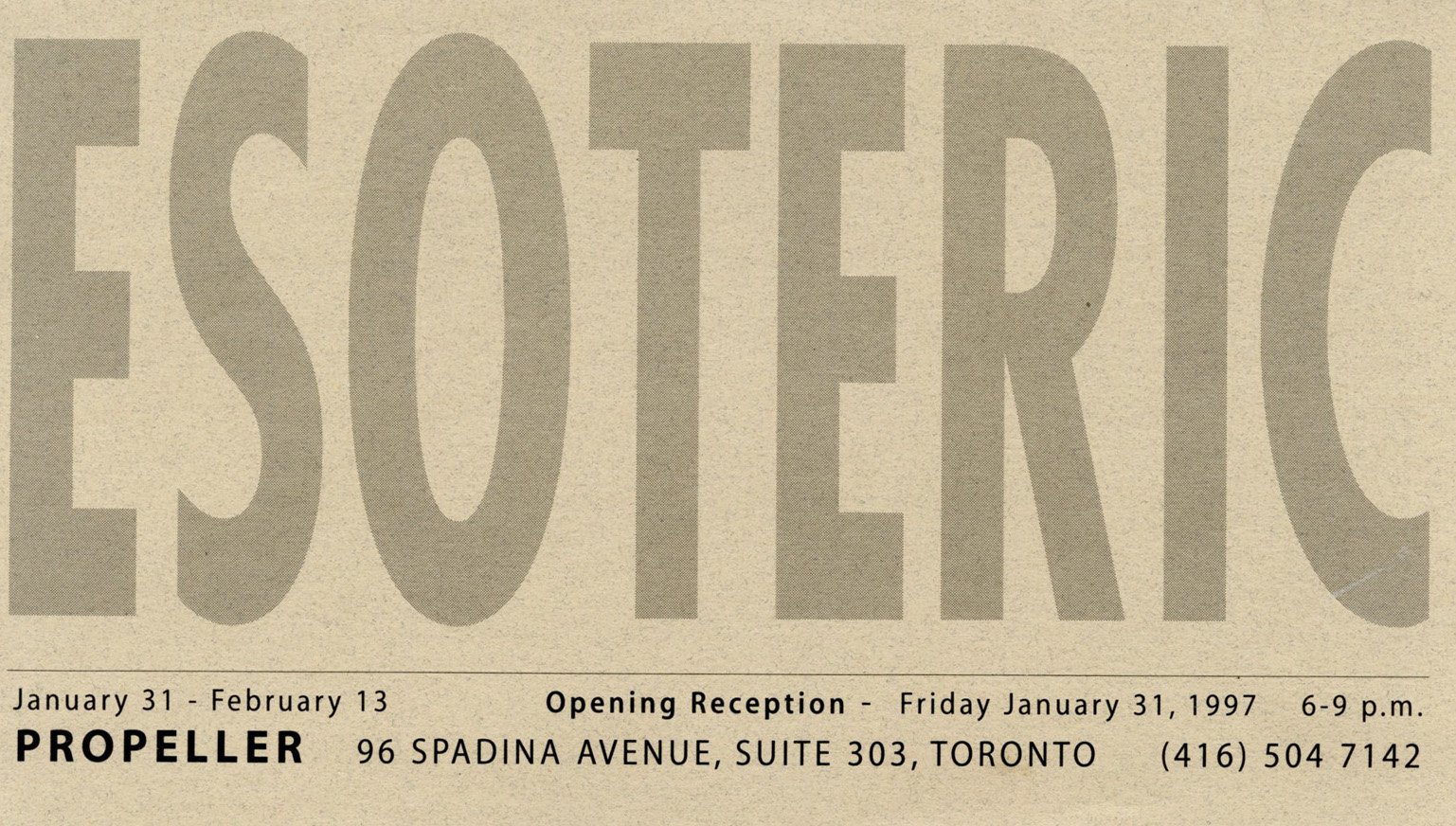 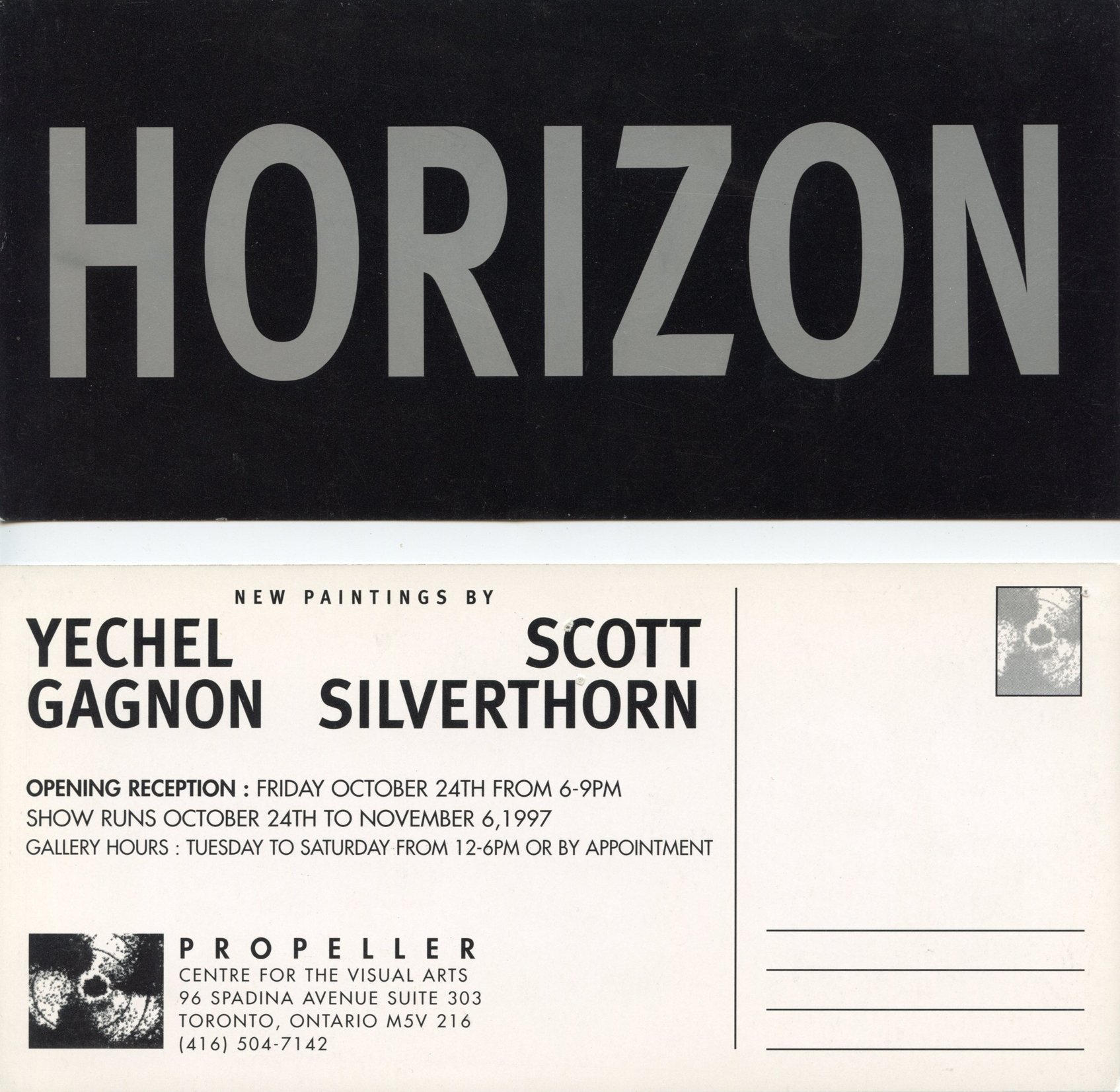 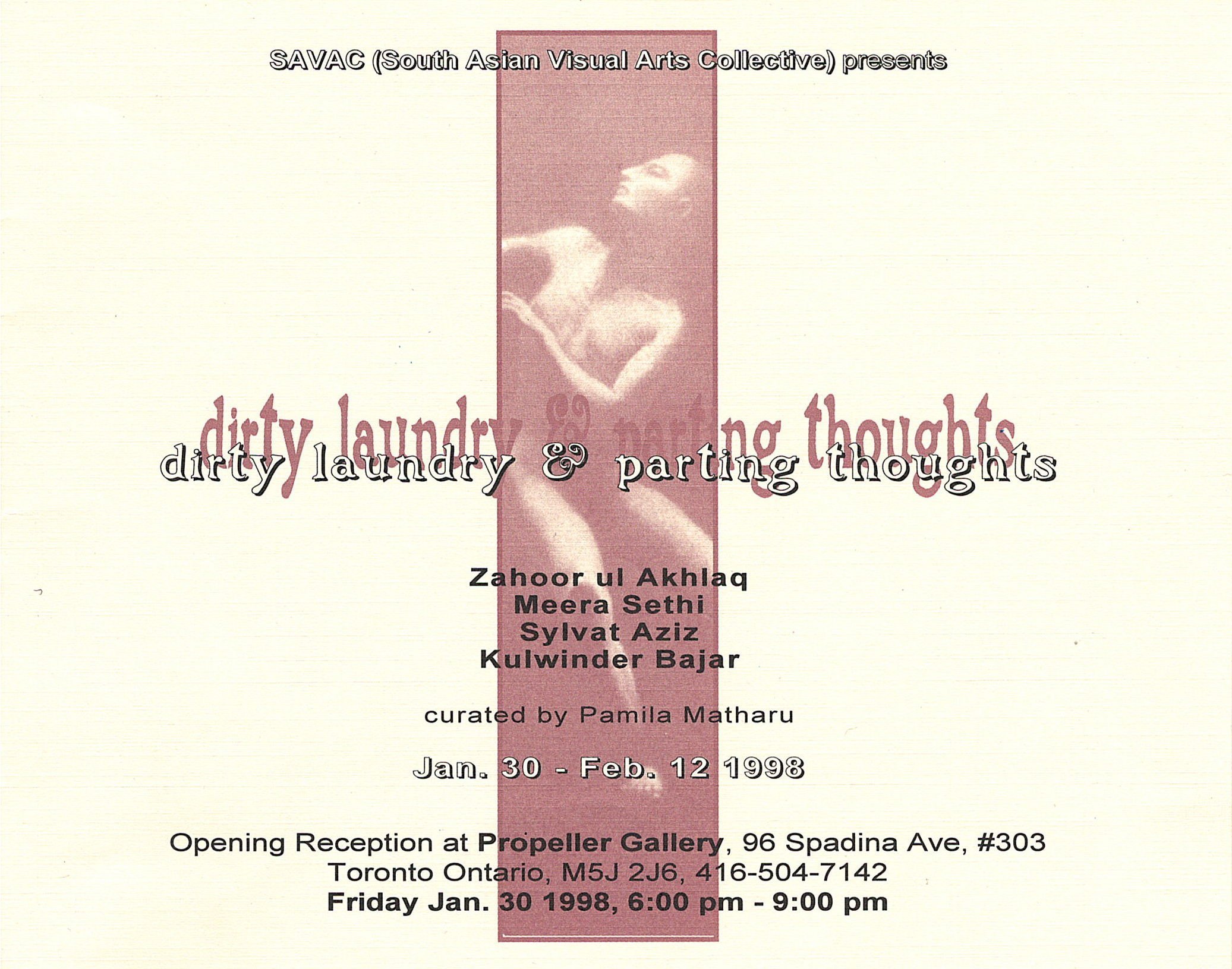 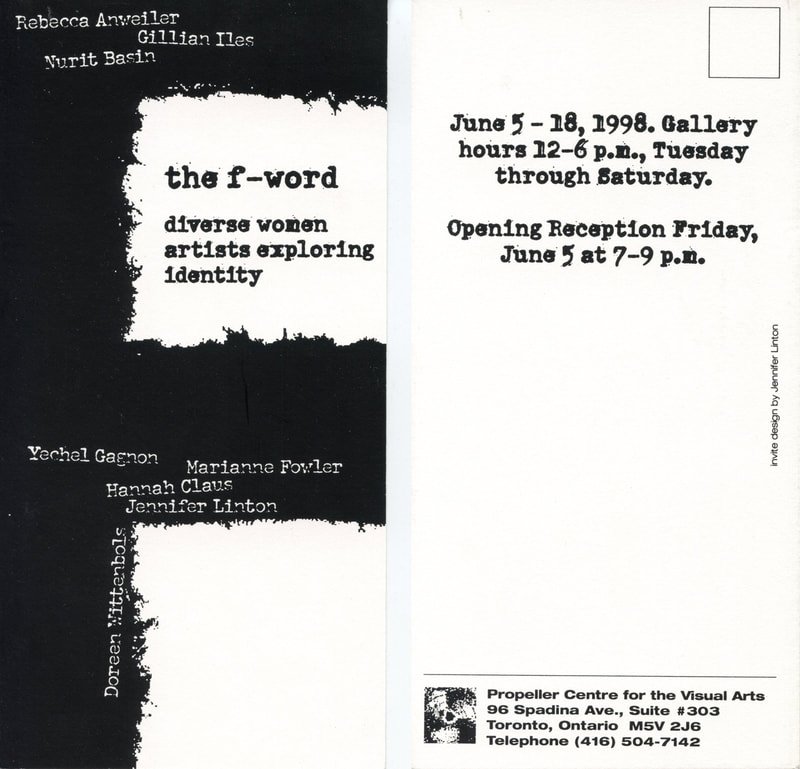 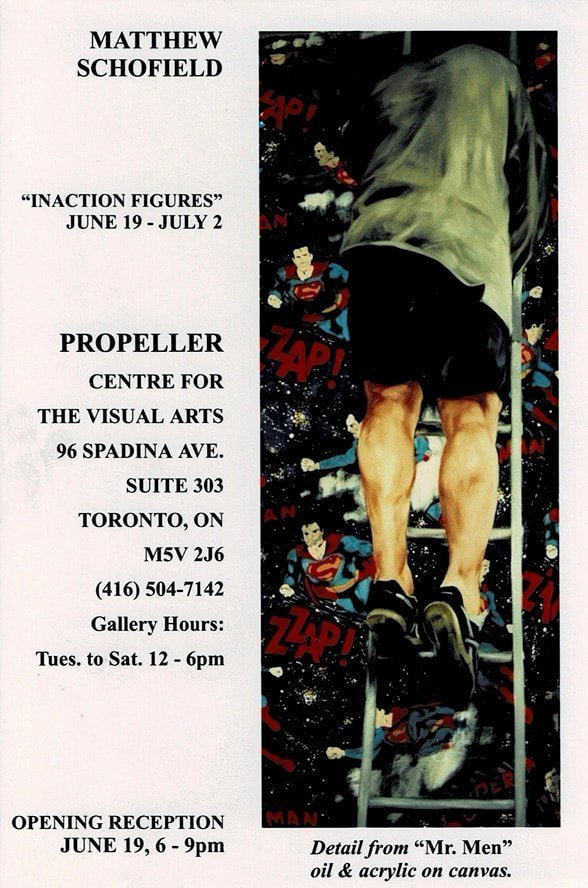 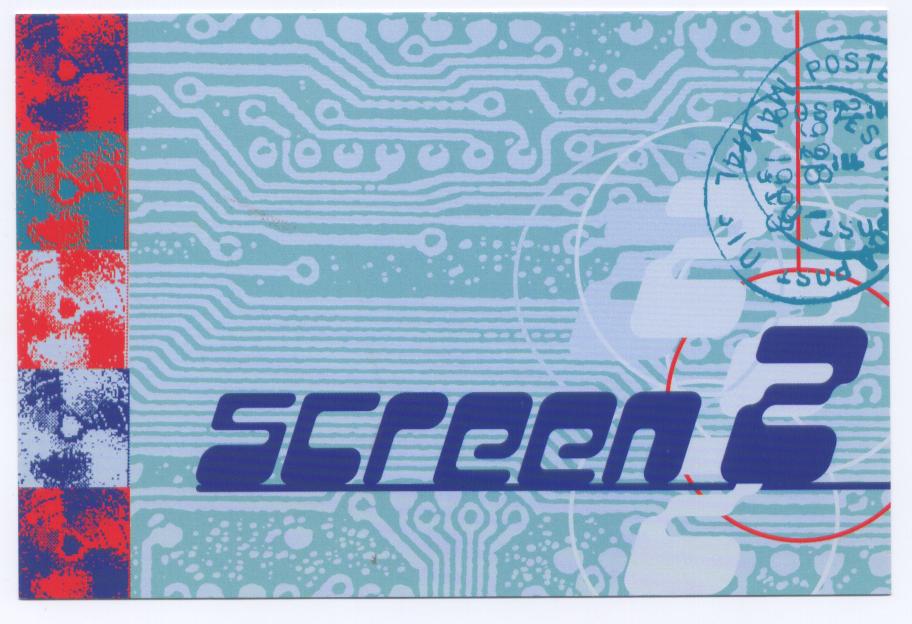 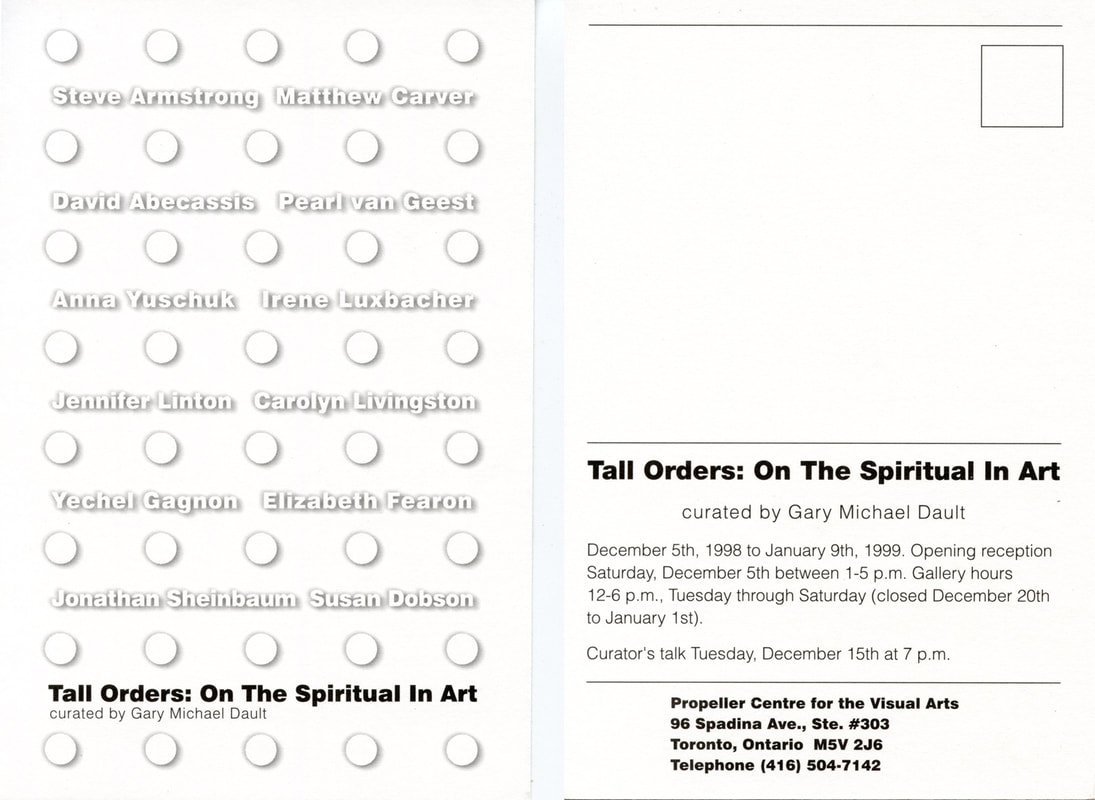 Tall Orders: On The Spiritual In Art | Curated by Gary Michael Dault 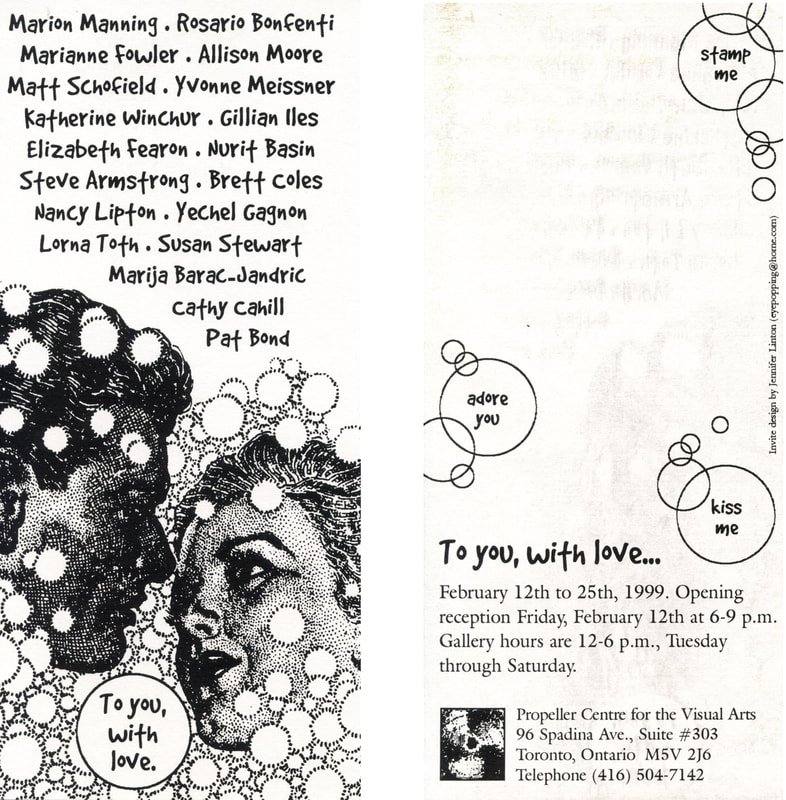 To You With Love | Valentine’s Exhibition 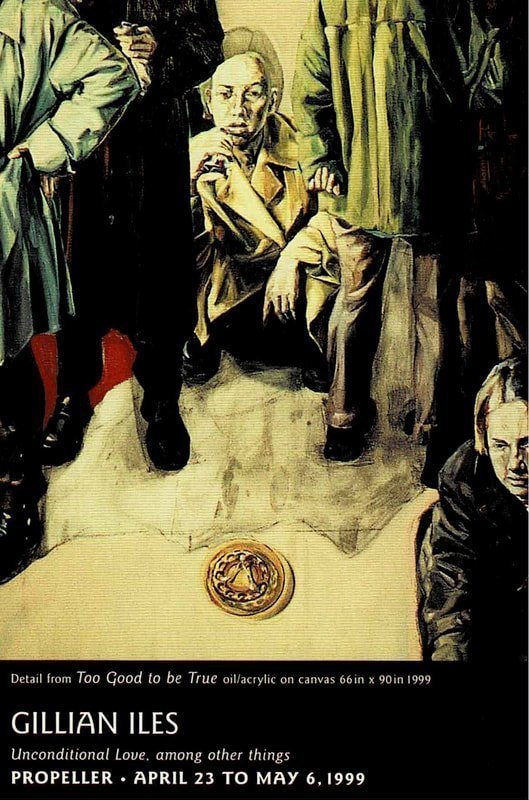 This Seat Is Taken | Gillian Iles 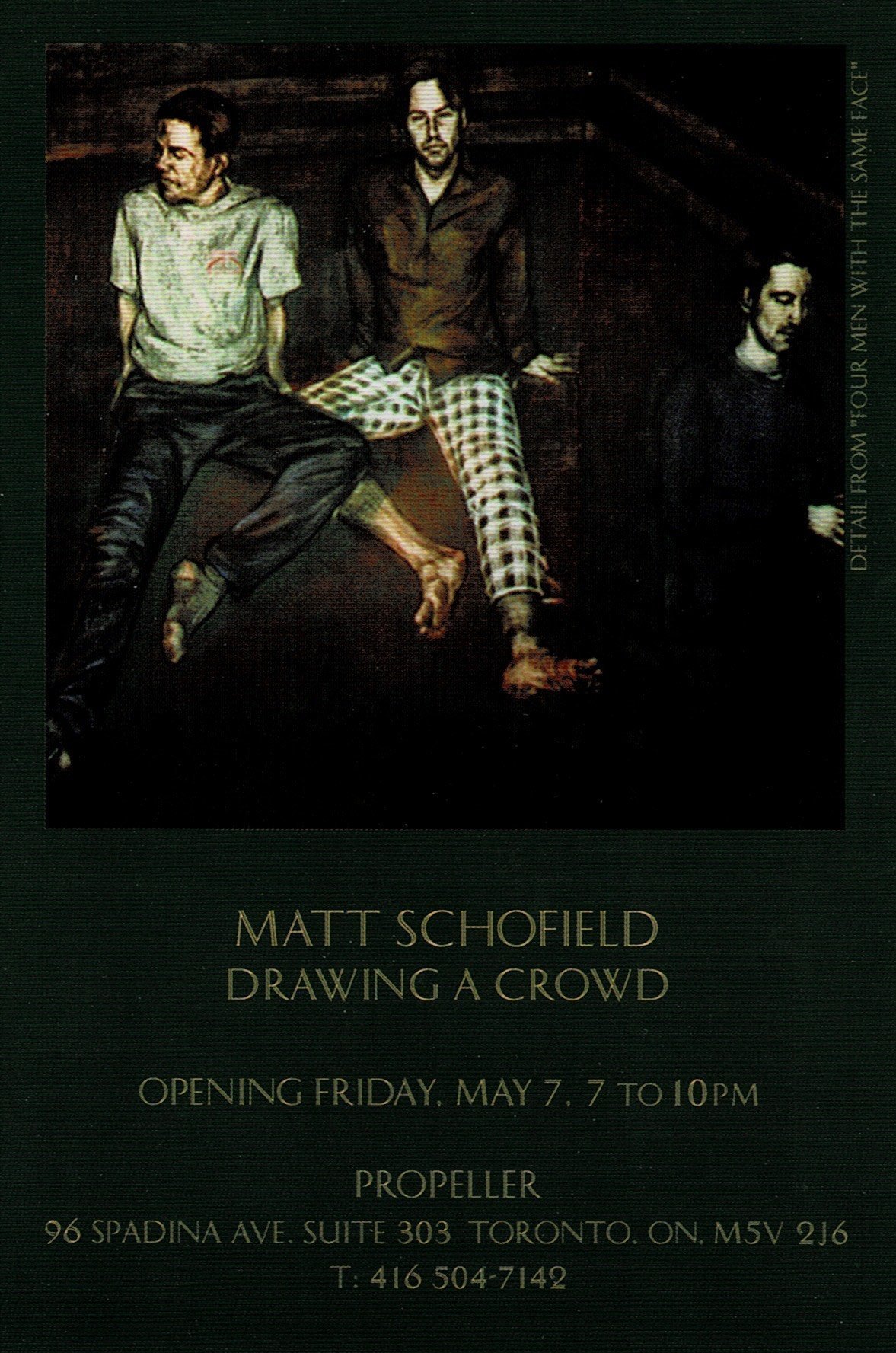 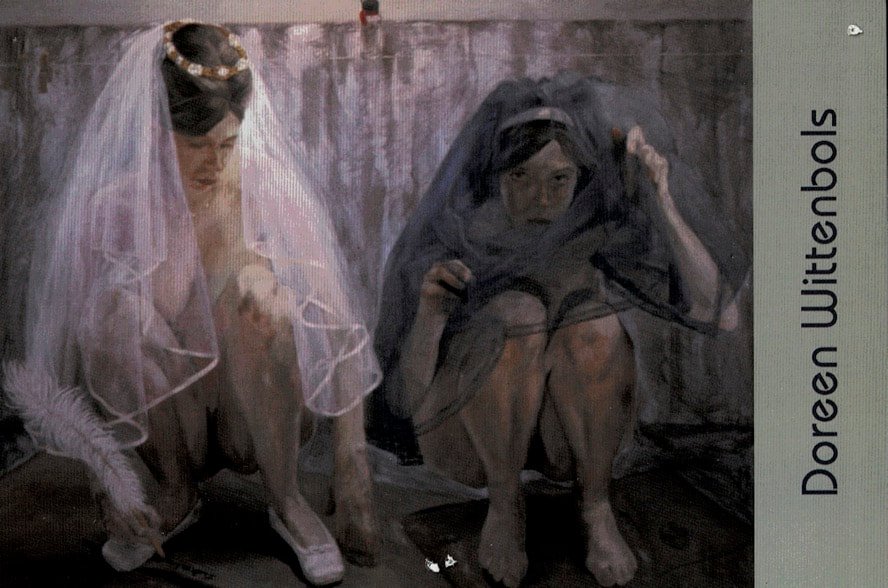 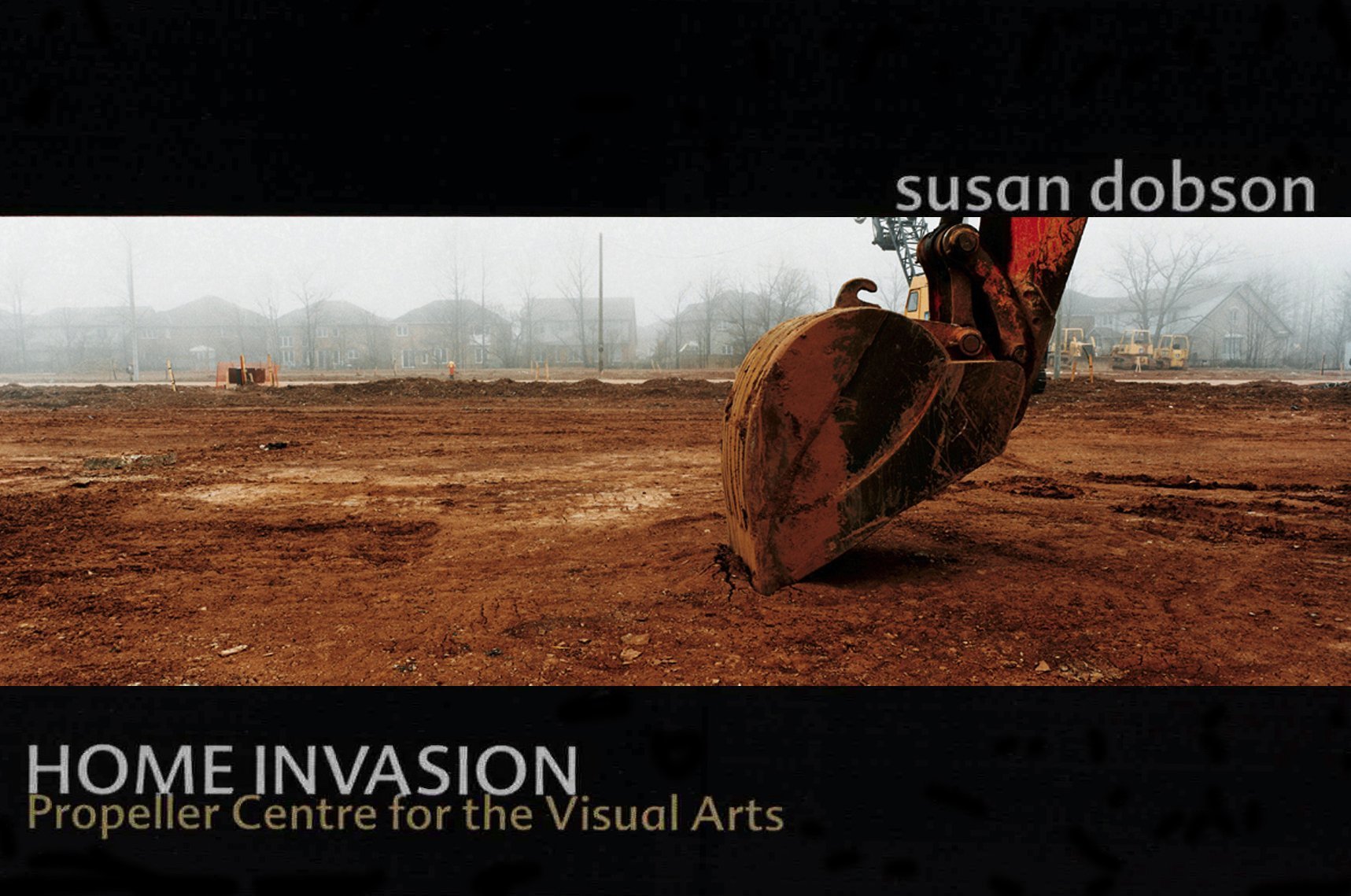 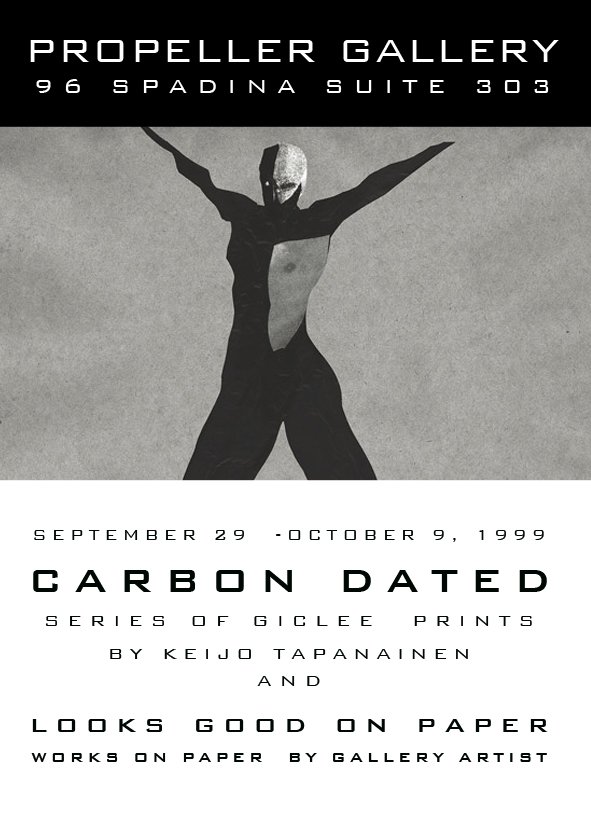 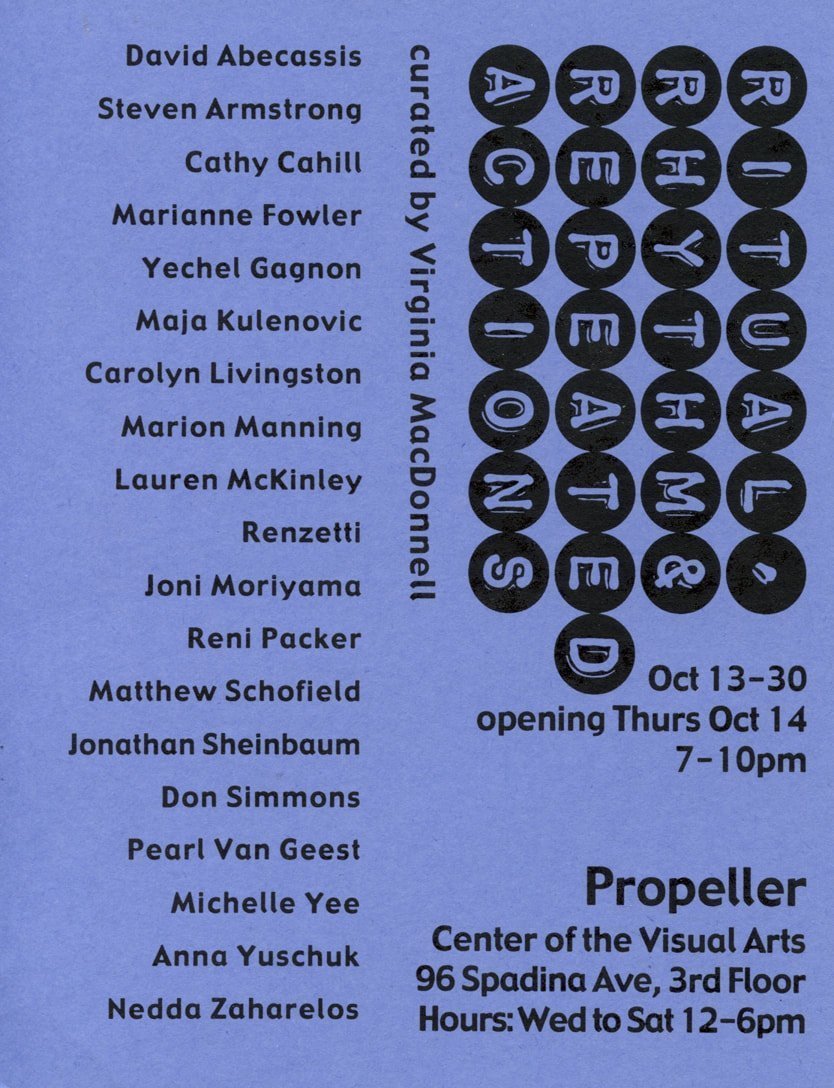 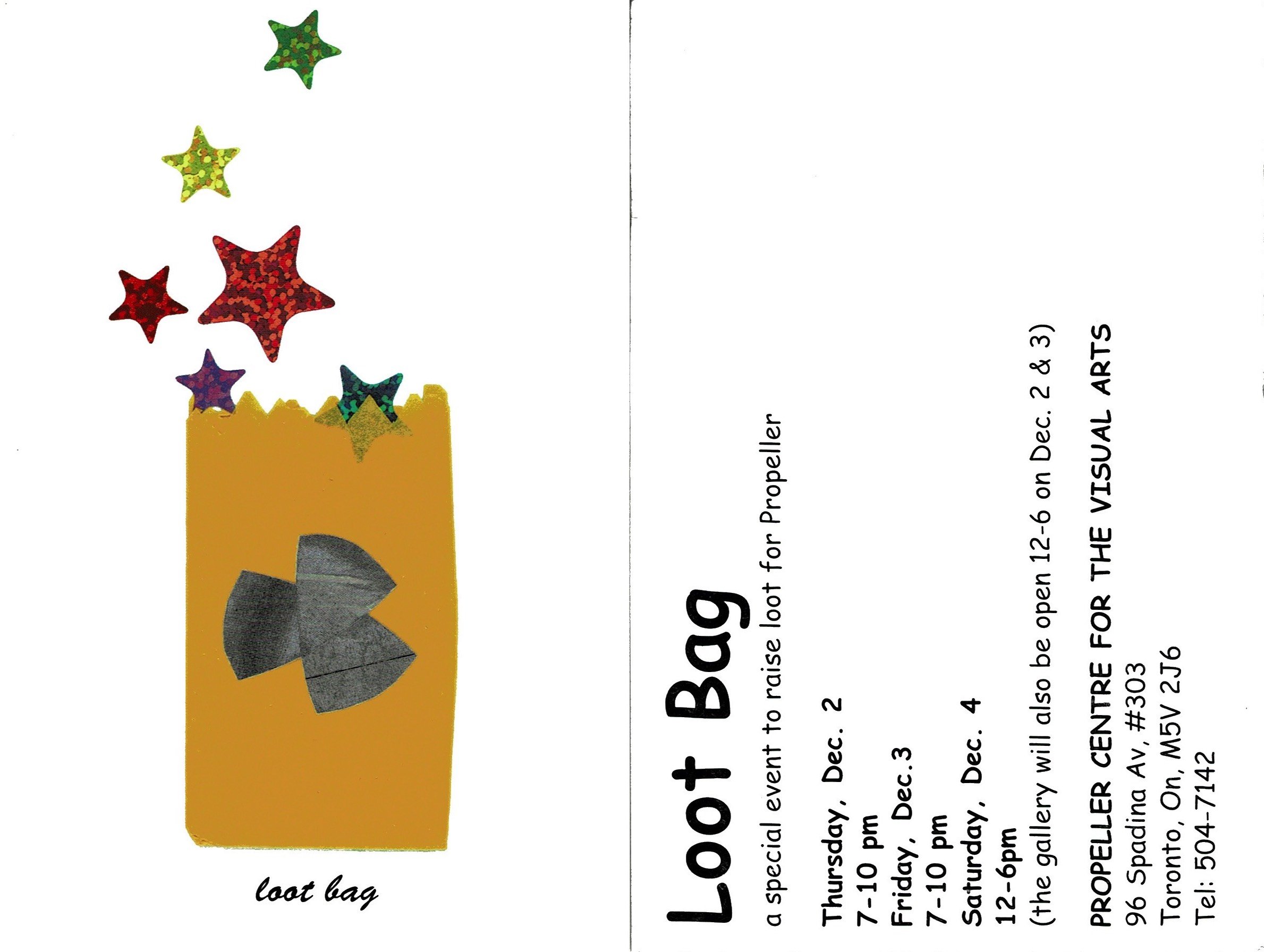 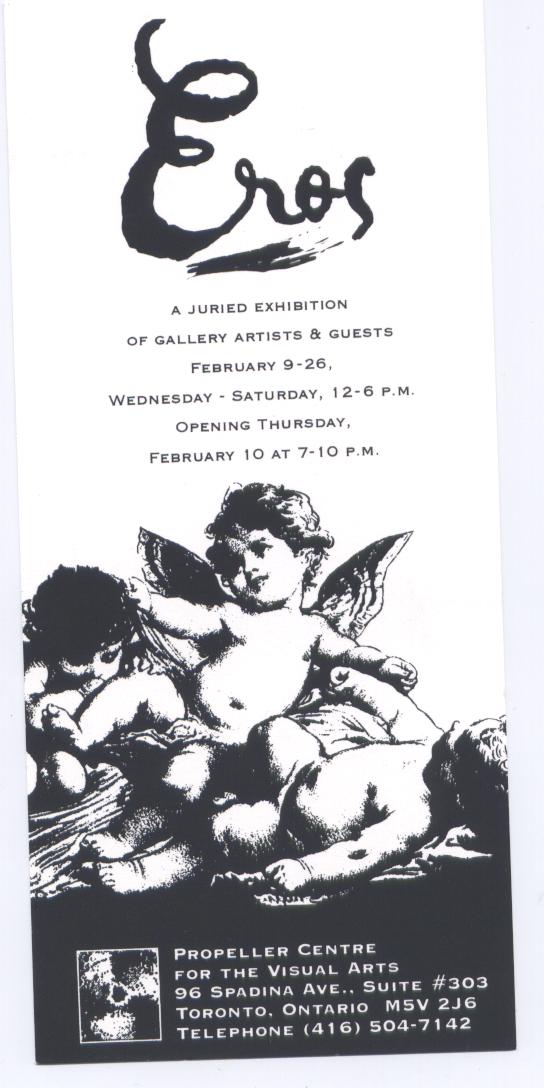 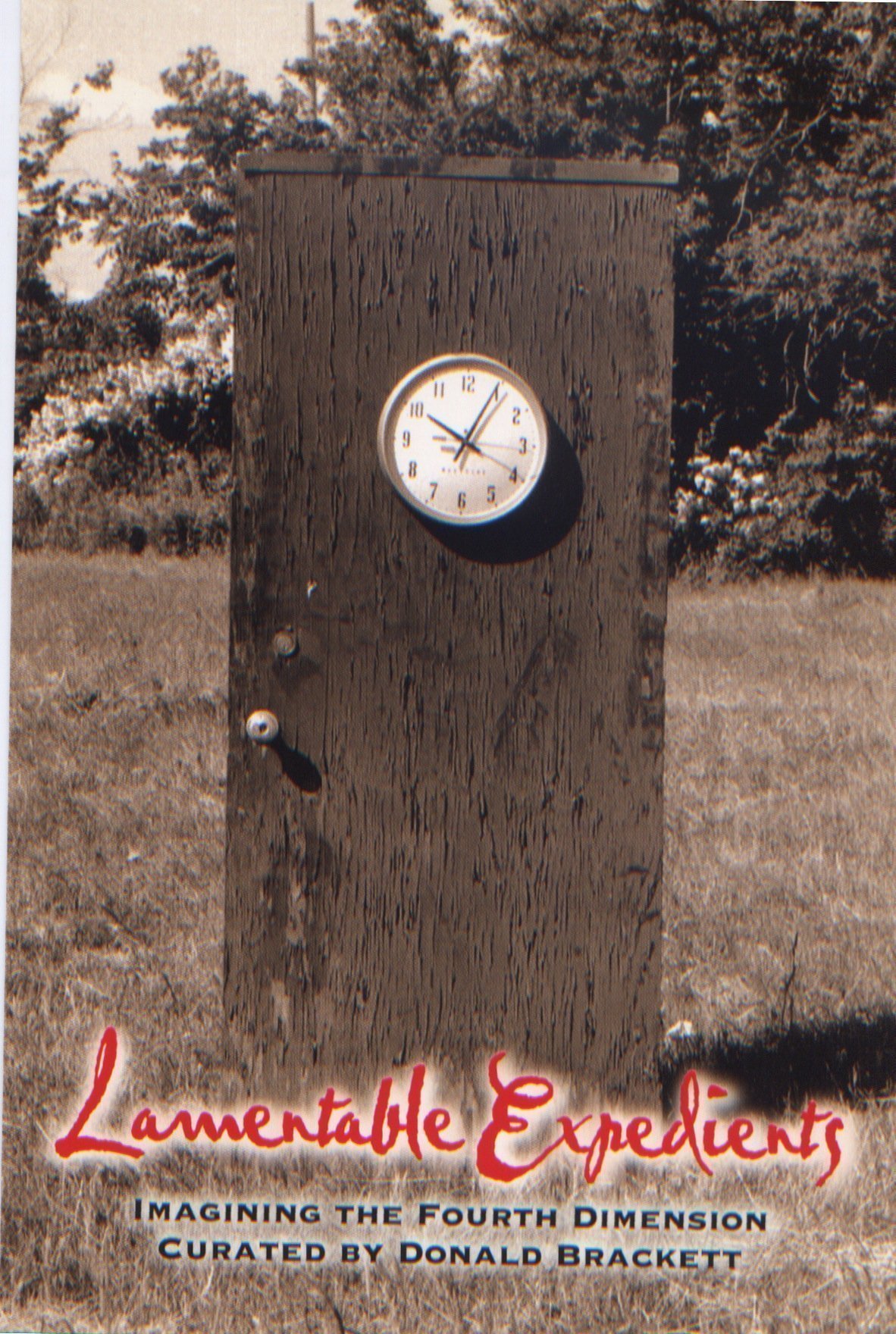 View our extensive archive of past exhibitions
Please Sign our Guestbook

Special thanks to our community partners and sponsors.